VISITING EGYPT – DO YOU WANT TO FEEL LIKE A NATIVE?

When you travel and you want to feel like a native you need a native to show you the hidden corners. The corners off the beaten pass.

My friend Ahmed introduced me to his friend Sayed – everybody has lots of friends in Egypt and everybody is a friend —— and this friend owns the NEW MEMMON HOTEL on the West Bank, near Luxor, half way between the Nile and the Valley of the Kings.

It was love at first sight when I visited it. The hotel is pretty, with modern conveniences, and it has something we miss so often today, a comforting simplicity. So six months later I was on my way, planning to stay 2 weeks.

The service of the hotel included being picked up at the airport. Sayed was there and once my suitcases had been found we drove to the Hotel, along unpaved streets, through little villages where in front of badly lit Cafes a few men sat and drank coffee. It was already dark and for a moment I was wondering if my enthusiasm should have had a reality check?

Arriving at the hotel Sayed asked me which room I wanted. I choose the corner one where from the little balcony I could see  the Valley of the Kings. 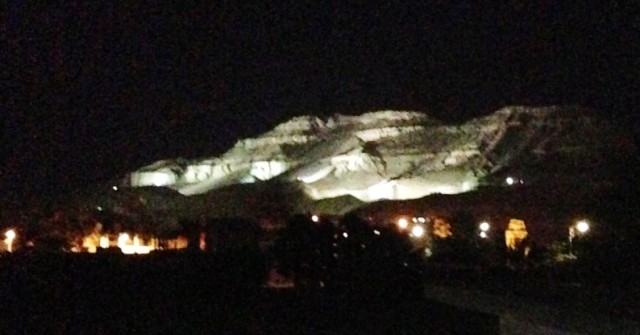 VALLEY OF THE KINGS AT NIGHT SEEN FROM MY ROOM

It was after the 2011 revolution, there were not many other guests at the hotel and I felt a little lonely. The friendly help in the hotel and Sayed tried to make up for it.

Breakfast was served in the garden, with three people making sure I that I had enough  coffee ………. — 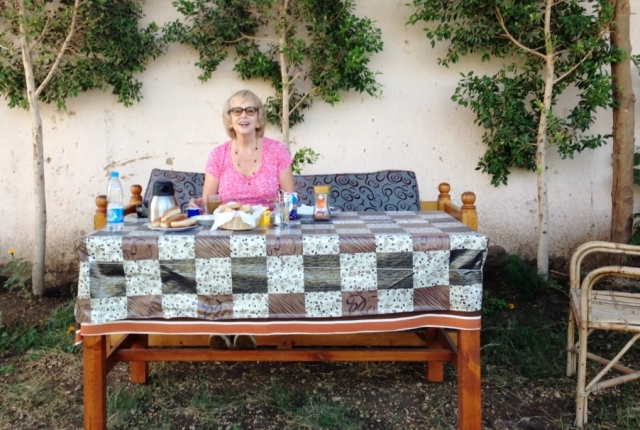 ……and later that day,  we drove through  the country side, on back roads, passing  green  fields where sheep and cattle were grazing 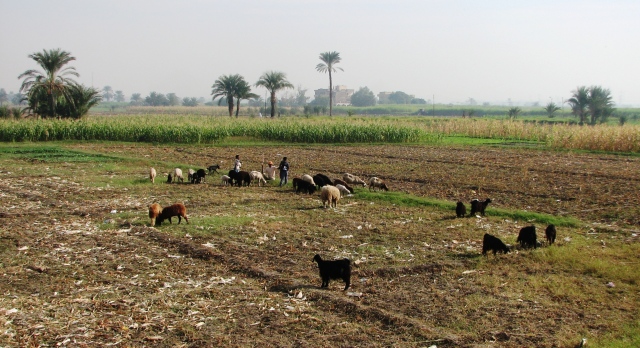 Then we  stopped in a little village where people’s  life is never affected by tourists. 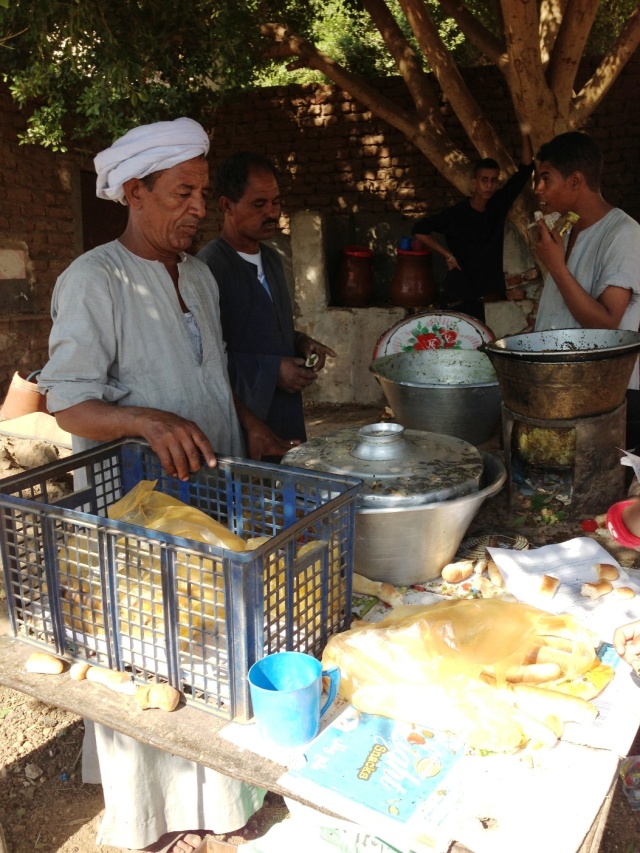 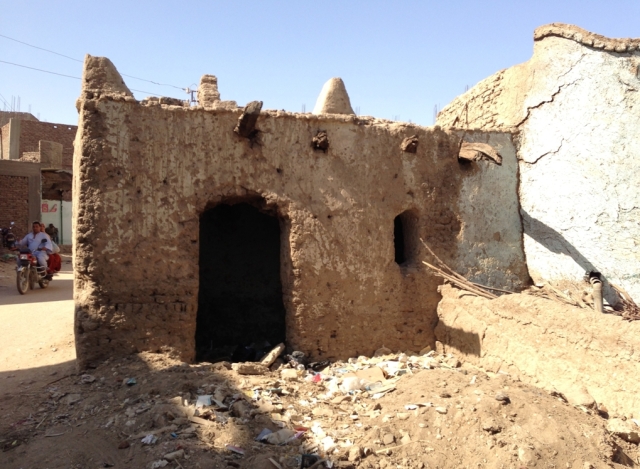 We spent about 2 hours there, and often Sayed stopped greeting friends. Of course I didn’t understand what he said, but I knew that when the other man looked my way, he was explaining who I was. Not understanding is not always bad, it gave me a chance to look around and take pictures. 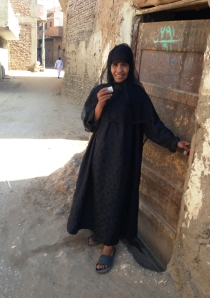 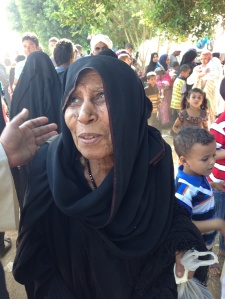 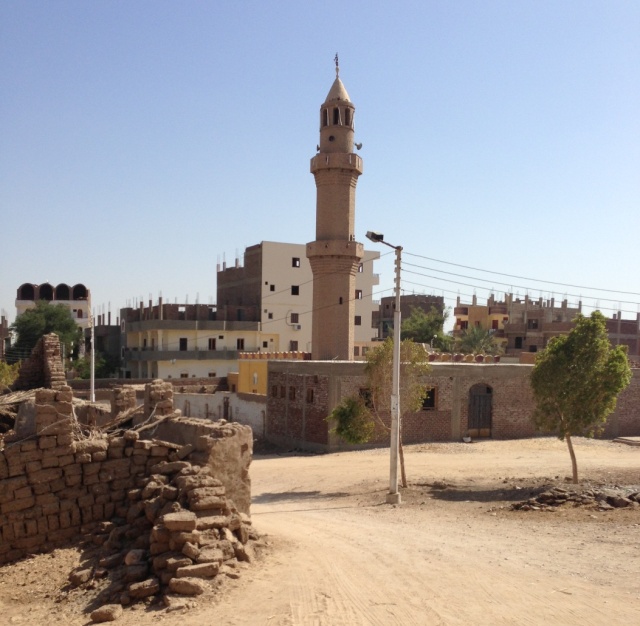 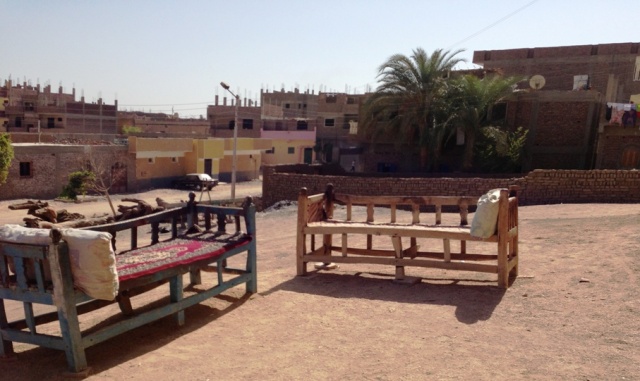 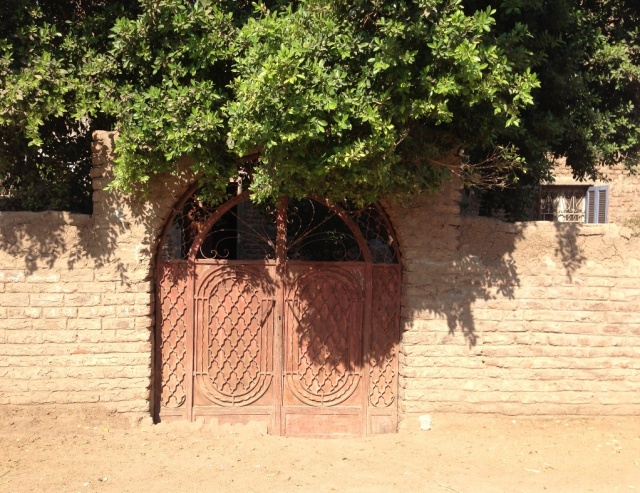 It was the graveyards, close to the market place, which were interesting. They showed even in death how rich or important somebody was! 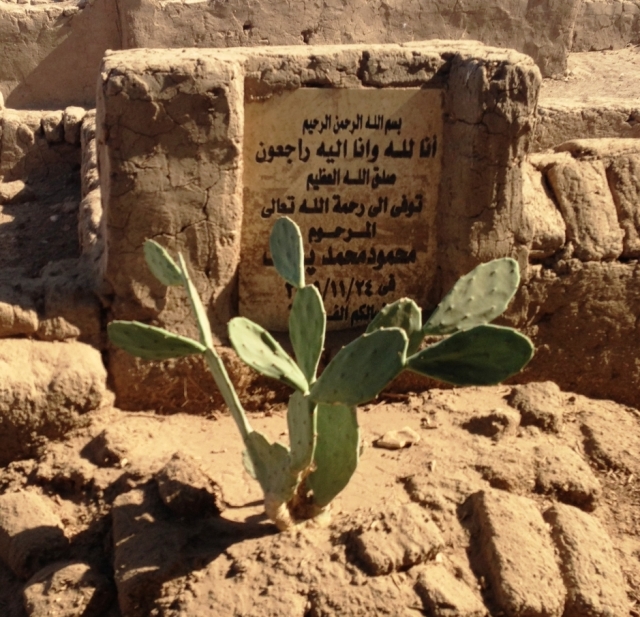 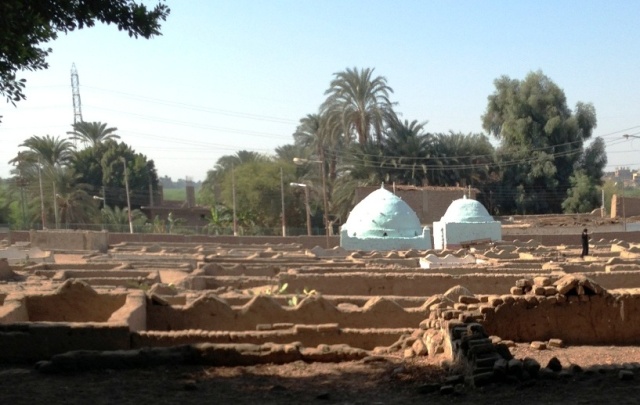 TOMB OF A RICHER MAN 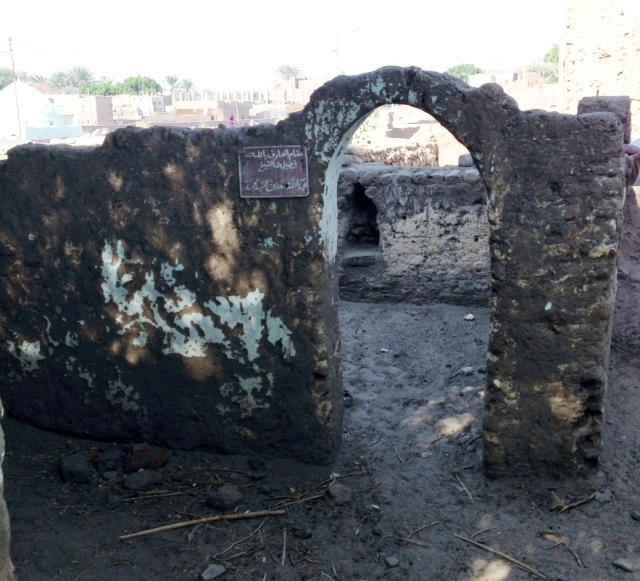 …. AND A STILL RICHER MAN HAD HIS TOMB ENCLOSED

Did I feel like a native? NO! But being with a native made me feel comfortable and  more acceptable to the people in the  village. But most importantly without Sayed I would never have come here, because it takes a native to take you off the beaten path.

P.S. If you ever want to come this way and would like to check out the hotel  – look at their website

Author of Getting Over Growing Older Other titles - Dress to Impress, The Sensual Dresser, What Turns Men On.
View all posts by Brigitte Nioche →
This entry was posted in Ancient Stones, Islam, Luxor. Valley of the Kings, Religion, Tourism, Travel and tagged Cattle, Countryside, Death, Graveyard, Hotels, Natives. Bookmark the permalink.