The sun was setting on a day I never wanted to end. The ruins of the temple started to throw their shadows on the long alleys before them, and as they had done for thousands of years would soon disappear into the night.

Since we had visited Abydos, (the site of Seti’s Temple) in the morning, we arrived after 3 o’clock  giving us less than 2 hours to see, Dendara, the temple of the goddess Hathor. Located about 50 miles north of Luxor and 2 miles from the Nile

Face of the Goddess Hathor

She is associated with love and music, and seen as a cow, a cat and a vulture – her story  is often contradictory and covers many believes. But her temple confirms her beauty and the influence she had – and with the following pictures I want to take you on a walk to show you what she left behind. 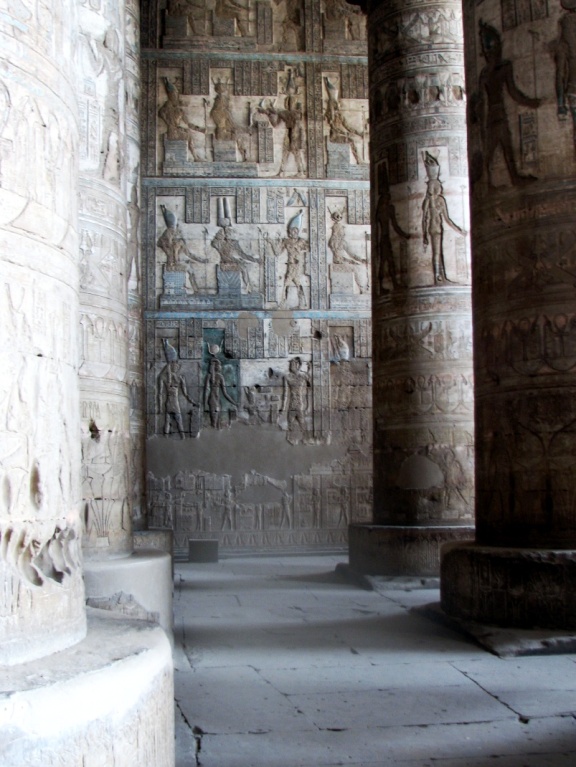 Walls and Columns in Entrance Hall

The decoration on the ceiling of the entrance hall has been cleaned only half to show the difference between how an American team found it and what it looked like after it was cleaned. 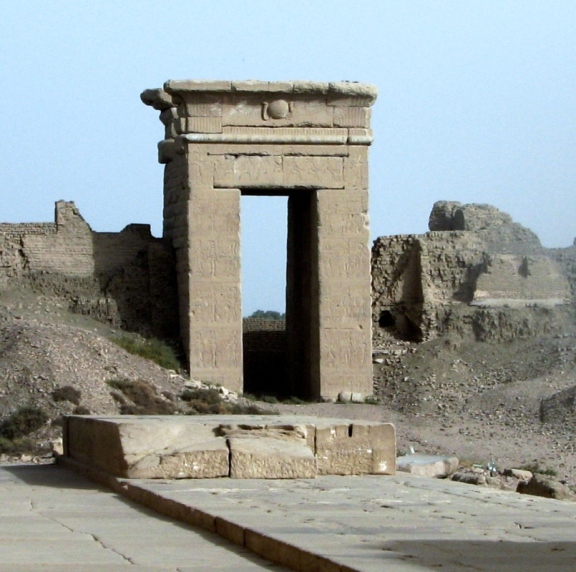 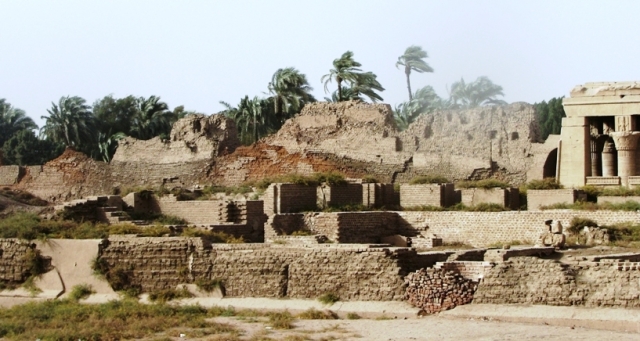 Remains of Mud Buildings near the Temple

God of Good Humour – maybe his statue means that he lived here too?

his dark complexion contrasting with the white turban he wore  – I knew it was closing time and he  was waiting for us to leave. He was ready to close the gates – but for me he did not just close the gates of the Temple, he ended a beautiful day and with it my visit to Egypt. This had been my last day!

Author of Getting Over Growing Older Other titles - Dress to Impress, The Sensual Dresser, What Turns Men On.
View all posts by Brigitte Nioche →
This entry was posted in Egypt, Tourism, Travel and tagged cats, cows, Foreign lands, Gods, holidays, nostalgia, regrets, Temples, travel, vultures. Bookmark the permalink.