GODS ARE BIGGER THAN HUMANS

I never thought of myself as short, but while visiting Egypt I felt that I wasn’t even there when I stood next to a statue of a God or a Pharaoh.

The Pharaohs saw themselves as Gods and the size of the statues built in their likeness confirmed to their subjects that they were. Here are some pictures to show you how insignificant we are compared to the deities of Ancient Egypt.

In front of  Ramses II in the Temple of Luxor. The temple was built around 1400 B.C, by Ramses II and Amenhotep III. 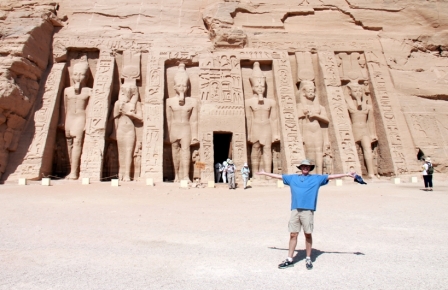 Abu Simbel are two massive rock temples in Nubia, Southern Egypt built in 1257 B.C. by Ramses II. They were dedicated to the sun gods Amon-Re and Re-Horakhte. The size of the statues, yes, they are Ramses II again, make any mortal look tiny, tiny, tiny…..

The Colossus of Memnon are status of Pharaoh Amenhotep III. They were standing at the entrance of his Mortuary Temple (3400 B.C.,) – now long gone – but his status are still standing telling us that he was bigger than life. 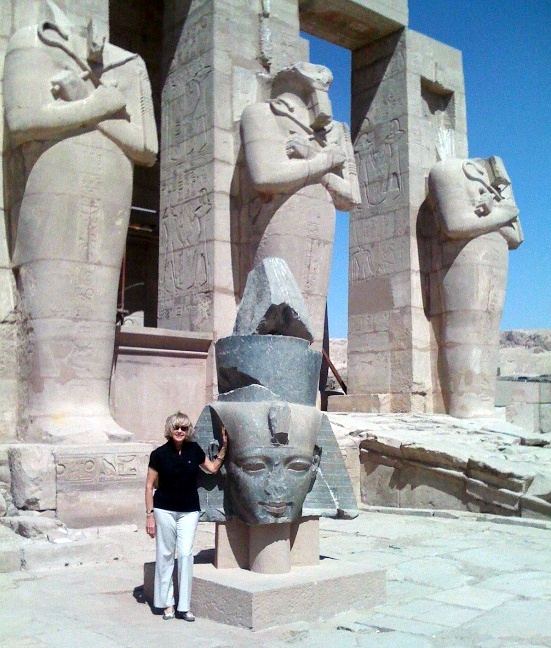 These status at the Ramesseum have lost their heads, but as you can see even a head alone is much bigger than me.

Author of Getting Over Growing Older Other titles - Dress to Impress, The Sensual Dresser, What Turns Men On.
View all posts by Brigitte Nioche →
This entry was posted in Egypt, Luxor, Luxor. Valley of the Kings, Pharaohs, Tourism, Travel and tagged Ancient Egypt, Cult, Gods, Humans, Pharaohs, Size, Statues. Bookmark the permalink.

3 Responses to GODS ARE BIGGER THAN HUMANS