EGYPT’S HOT AIR BALLOONS ARE UP UP AND AWAY AGAIN

Getting up at 4 am was hard. It was dark outside, and I wondered why I had agreed to take a hot air balloon ride. In total darkness I left the hotel, found a car waiting for me with five  people already sitting inside – nobody spoke – it was too early.  After fifteen minutes of driving  through  dark country roads, we arrived at a field where small groups of people stood waiting.

Twelve huge, round forms lay on the ground, each on a white sheet like cloth. The men running around them were shouting orders to each other and when the first shimmer of daylight came we could see that these were our balloons. 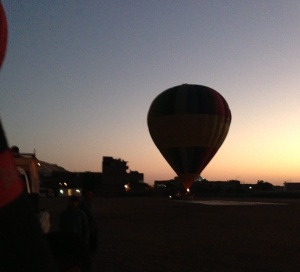 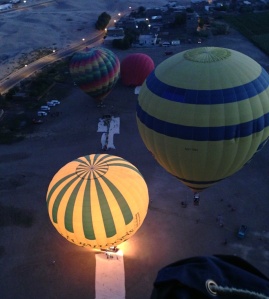 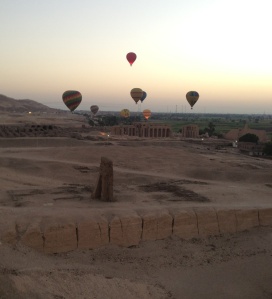 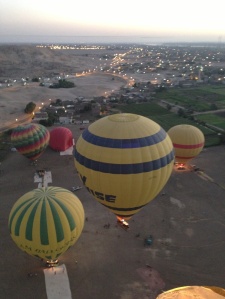 If I had a little apprehension, it quickly disappeared when the balloons took off – passing  over sugar cane fields, with the upcoming sun shining on the Nile in the distance, 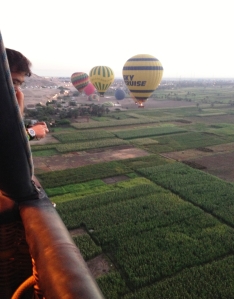 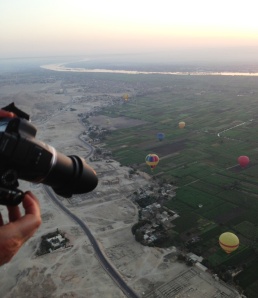 we were heading for the Valley of the Kings,

flying  over the Ramesseum, one of Ramses II temples, 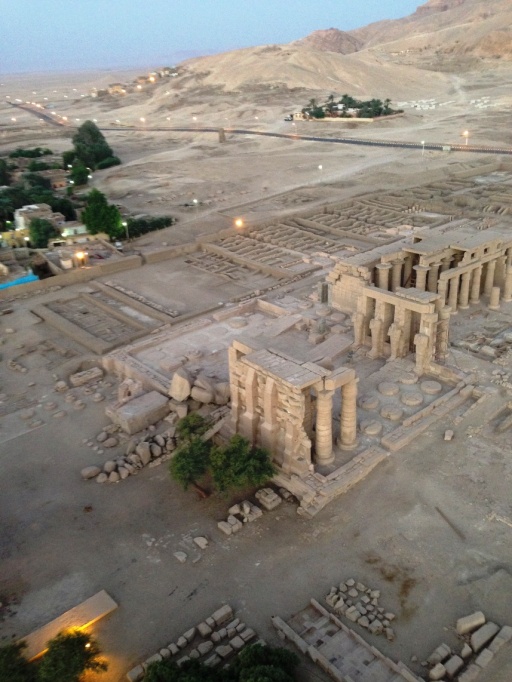 ——–with  our balloon climbing higher and higher we  could see the imposing, dominant mountains of The Valley of the Kings and The Valley of the Queens, which for thousand of years have served as burial sites for many of Egypt’s pharaoh and their Queens, including Tutankhamun  — and which still today guards many secrets. 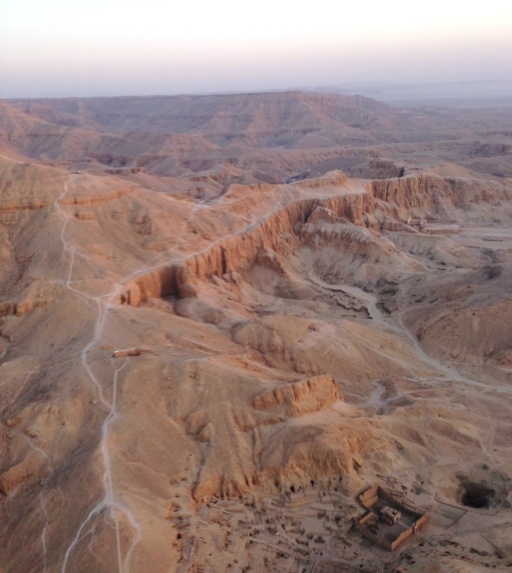 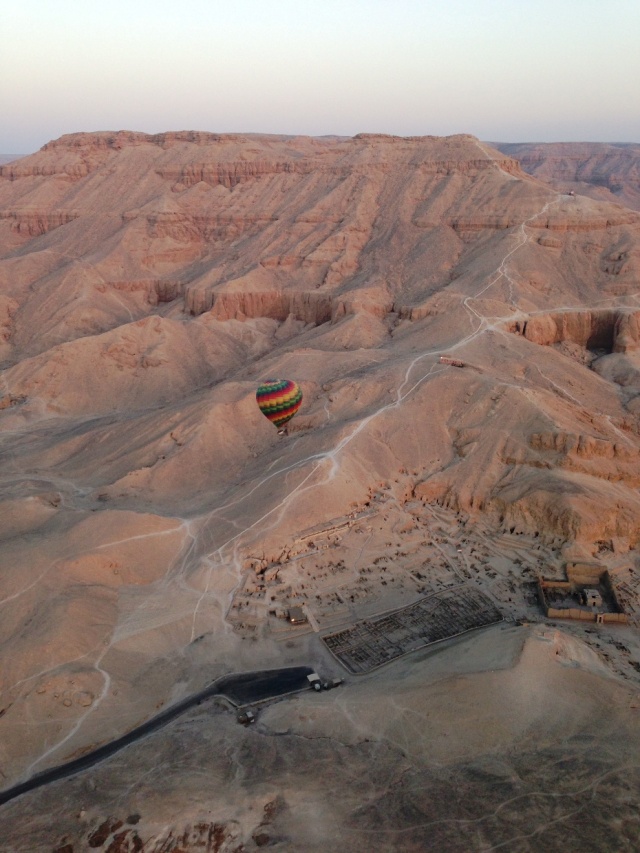 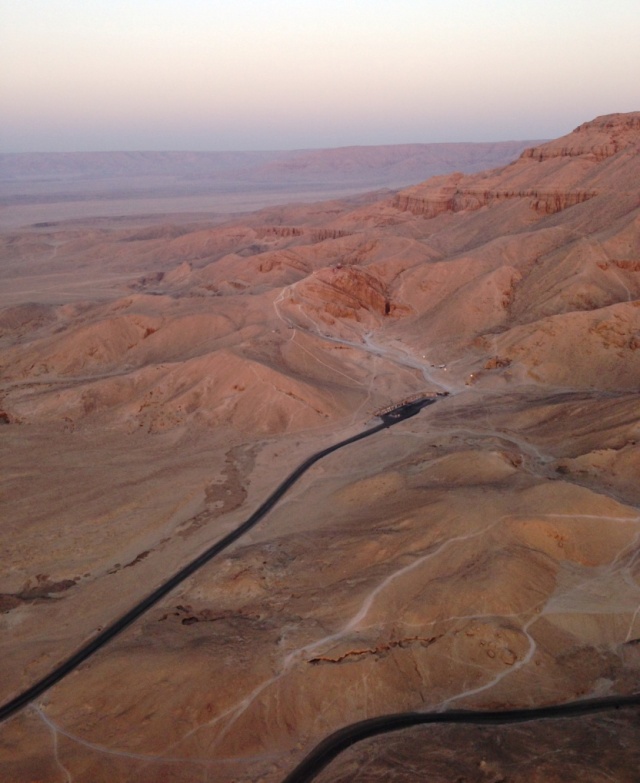 If I could only visit one of the many sites Egypt has to offer, it would be a visit to the Valley of the Kings in a hot air balloon. Nothing replaces the feeling of gliding  high above these powerful, mysterious mountains, and the feeling of being part of eternity for a moment.

Author of Getting Over Growing Older Other titles - Dress to Impress, The Sensual Dresser, What Turns Men On.
View all posts by Brigitte Nioche →
This entry was posted in Ancient Stones, Egypt, Luxor. Valley of the Kings, Pharaohs, Tutankhamun, Valley of the Kings and tagged Burial Grounds, Eternity, Hot Air Balloons, Magic, Pharaohs, Secrets. Bookmark the permalink.